Each year The AAOP invites members and non-members to submit abstracts to be
considered for a poster presentation at the AAOP Annual Scientific Meetings.
We are pleased to present the 2022 1st place winning poster. 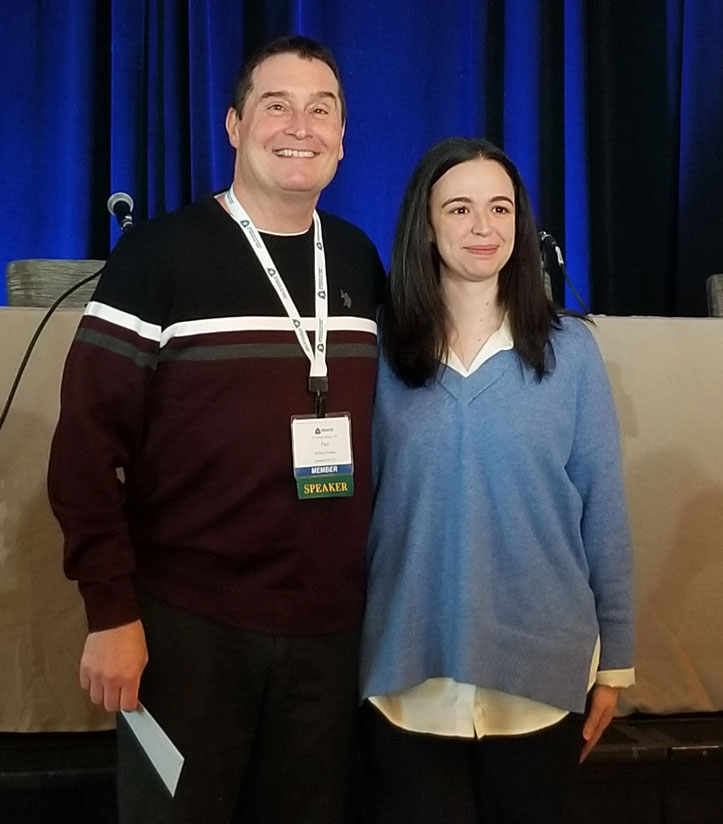 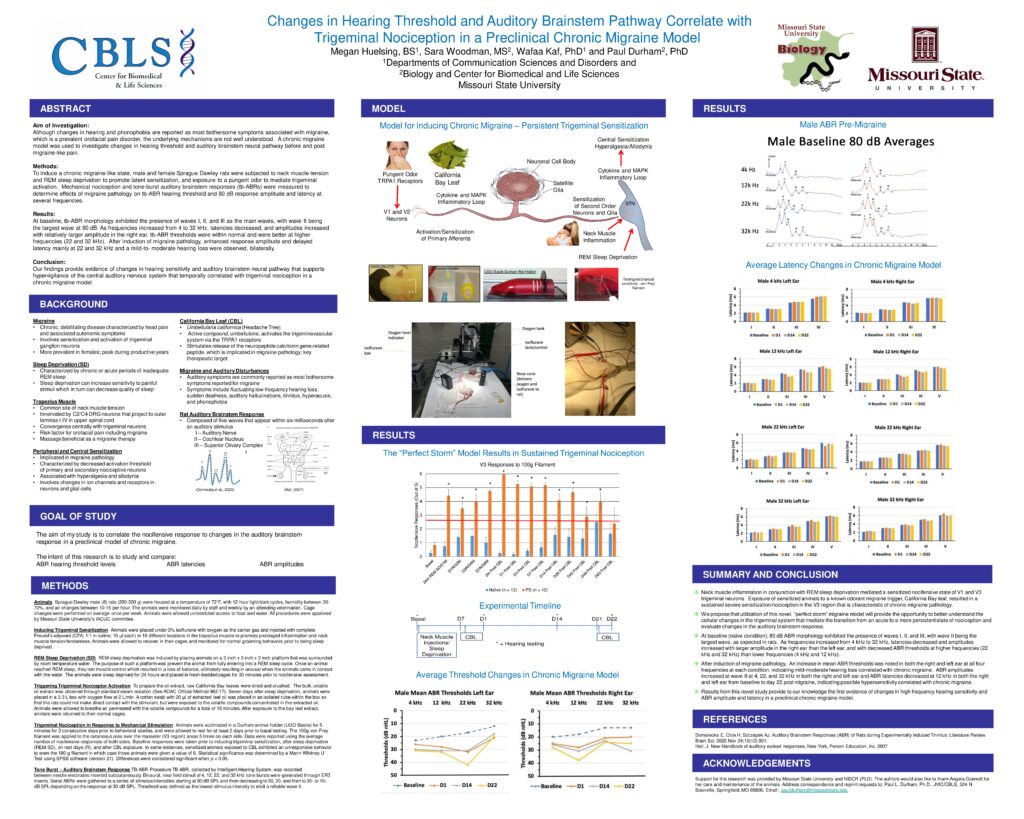 Aim of Investigation:  Although changes in hearing and phonophobia are reported as most bothersome symptoms associated with migraine, which is a prevalent orofacial pain disorder, the underlying mechanisms are not well understood.  A chronic migraine model was used to investigate changes in hearing threshold and auditory brainstem neural pathway before and post migraine-like pain.

Results:  At baseline, tb-ABR morphology exhibited the presence of waves I, II, and III as the main waves, with wave II being the largest wave at 80 dB. As frequencies increased from 4 to 32 kHz, latencies decreased, and amplitudes increased with relatively larger amplitude in the right ear. tb-ABR thresholds were within normal and were better at higher frequencies (22 and 32 kHz).  After induction of migraine pathology, enhanced response amplitude and delayed latency mainly at 22 and 32 kHz and a mild-to- moderate hearing loss were observed, bilaterally.

Conclusion: Our findings provide evidence of changes in hearing sensitivity and auditory brainstem neural pathway that supports hypervigilance of the central auditory nervous system that temporally correlated with trigeminal nociception in a chronic migraine model.