On March 31, 2020, the American Academy of Orofacial Pain’s request to recognize orofacial pain as a dental specialty was granted by the National Commission on Recognition of Dental Specialties and Certifying Boards based on compliance with the Requirements for Recognition of Dental Specialties thus making orofacial pain the 12th ADA recognized dental specialty. 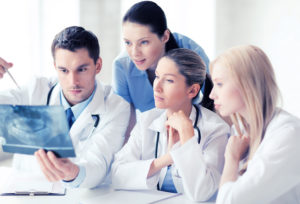 The first meeting of the American Academy of Orofacial Pain was held in 1975 in New York City.  The need was evident for an organization that would improve the quality of the diagnoses and management of orofacial pain, and offer a forum for the exchange of information among the various authorities in the field.  The original name of the organization was The American Academy of Craniomandibular Orthopedics.  This name was changed in 1981 to The American Academy of Craniomandibular Disorders and then again to The American Academy of Orofacial Pain in 1992 to reflect the focus of the discipline to include complex chronic orofacial pain disorders.  While the AAOP was founded primarily  by dentists it is open to all health care providers with training and interest in the treatment of OFP and TMD.  The basic objectives of the Academy are to improve the knowledge of those interested in complex chronic orofacial pain disorders by increased communication and exchange of scientific information as well as to stimulate the profession towards greater awareness of these disorders and their treatment.

The American Academy of Orofacial Pain (AAOP) Mission is as follows: an organization of dentists and other health care professionals, is dedicated to alleviating pain and suffering through the promotion of excellence in education, research and patient care in the field of orofacial pain and associated disorders. 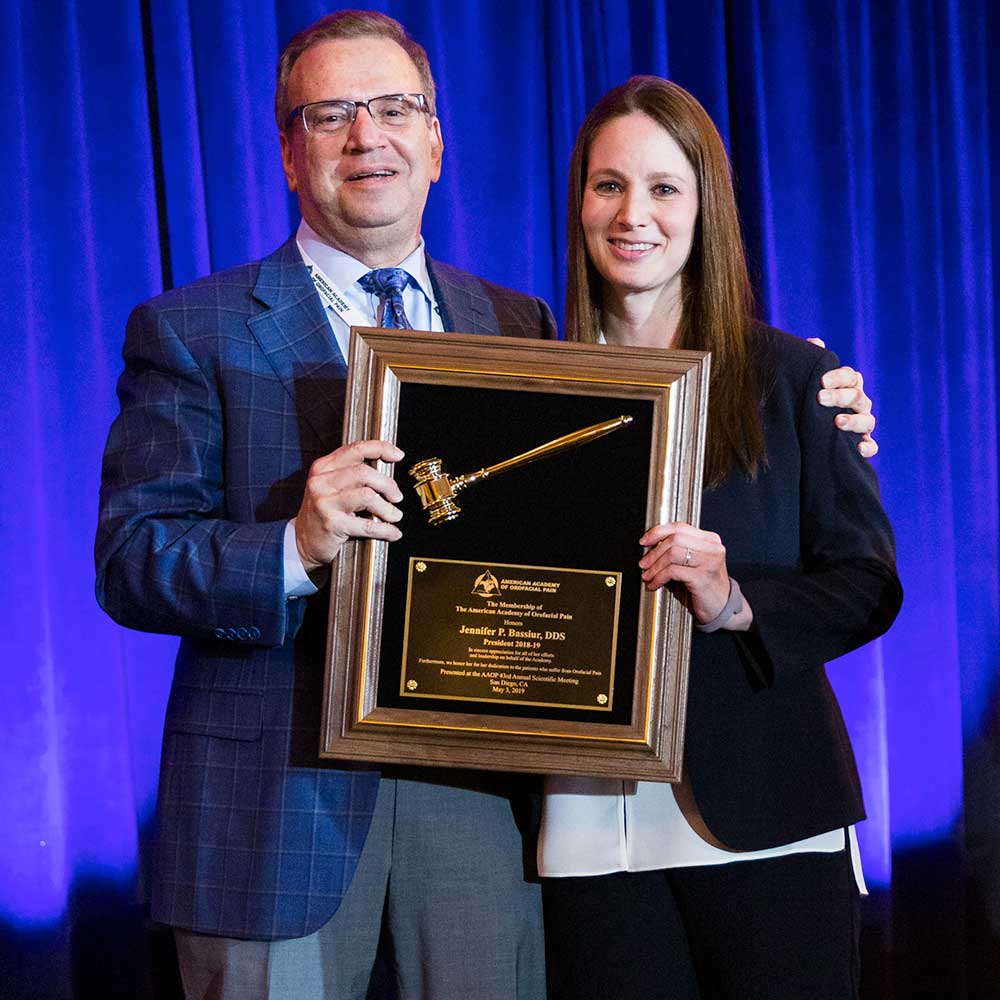 On June 11, 1986, at the First Annual Scientific Meeting of the European Academy on Craniomandibular Disorders an agreement was reached between the American and European Academies and Quintessence Publishing Company to form a new scientific journal, The Journal of Orofacial Pain. The AAOP also published the first edition of its written parameters in Orofacial Pain in 1989 and a subsequent edition in 1992 and 1996. In 1991, the AAOP in conjunction with the American Association of Dental Schools and the University of New Jersey College of Medicine and Dentistry brought together experts in Orofacial Pain and established the first guidelines for pre-doctoral, post- doctoral, and continuing education in the field.

In addition, members from the AAOP began the process of establishing the American Board of Orofacial Pain in 1989.  In 1993, members from the AAOP completed formation of the American Board of Orofacial Pain and offered the first certification examination supervised by an independent agency, Knapp and Associates of Princeton, New Jersey.  All diplomates of the Board have had to successfully pass the examination.

In 1996, the first Accreditation standards for advanced education programs in orofacial pain were completed and passed by the Education Committee.  They were again revised in 1999. Initiation of advanced education program accreditation process with development of self study guidelines and evaluator training began in 1996 with UCLA as the first site visit evaluation. This was followed by Kentucky, Minnesota, and Florida with other programs scheduled for future site visits. 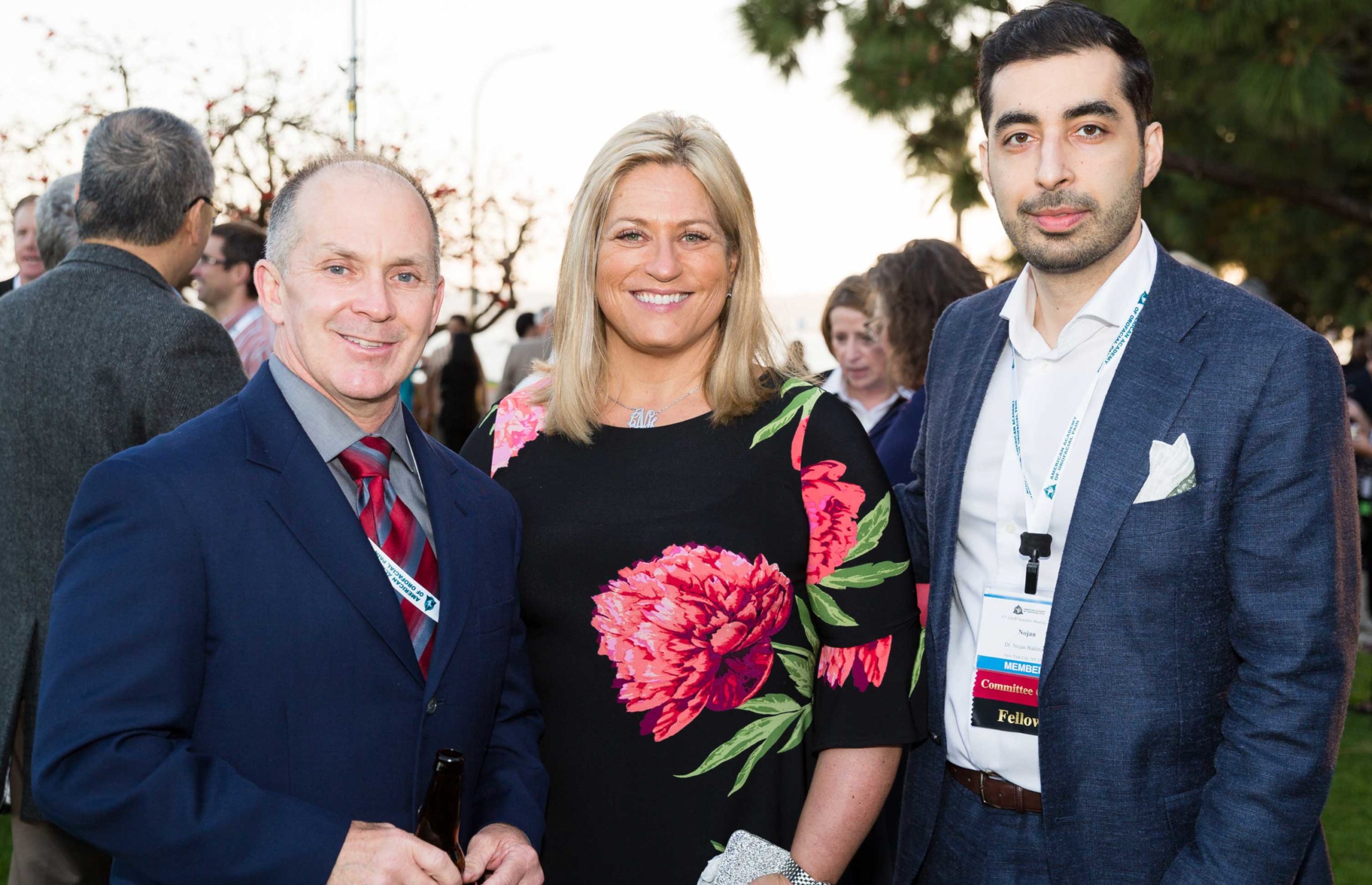 A Fellowship level of membership of the AAOP was instituted in 2005 in order to recognize those dentists who focus their careers in Orofacial Pain and have at least 5 years of training and/or experience in the field. Other levels of membership include Active Member, Physician Affiliate Member, Affiliate Member and Initiatory Student Membership.

The membership has been steadily growing, demonstrating the increasing interest and demand for services in the field of Orofacial Pain.